But how do Valerie Plame and Joe Wilson feel?

Intelligence reports on ISIS were altered to minimize its threat and please Obama:

More than 50 intelligence analysts working out of the U.S. military's Central Command have formally complained that their reports on ISIS and al Qaeda’s branch in Syria were being inappropriately altered by senior officials, The Daily Beast has learned.
The complaints spurred the Pentagon’s inspector general to open an investigation into the alleged manipulation of intelligence. The fact that so many people complained suggests there are deep-rooted, systemic problems in how the U.S. military command charged with the war against the self-proclaimed Islamic State assesses intelligence.
“The cancer was within the senior level of the intelligence command,” one defense official said.
Two senior analysts at CENTCOM signed a written complaint sent to the Defense Department inspector general in July alleging that the reports, some of which were briefed to President Obama, portrayed the terror groups as weaker than the analysts believe they are. The reports were changed by CENTCOM higher-ups to adhere to the administration’s public line that the U.S. is winning the battle against ISIS and al Nusra, al Qaeda’s branch in Syria, the analysts claim.
That complaint was supported by 50 other analysts, some of whom have complained about politicizing of intelligence reports for months. That’s according to 11 individuals who are knowledgeable about the details of the report and who spoke to The Daily Beast on condition of anonymity.
The accusations suggest that a large number of people tracking the inner workings of the terror groups think that their reports are being manipulated to fit a public narrative. The allegations echoed charges that political appointees and senior officials cherry-picked intelligence about Iraq’s supposed weapons program in 2002 and 2003.
The two signatories to the complaint were described as the ones formally lodging it, and the additional analysts are willing and able to back up the substance of the allegations with concrete examples.
Some of those CENTCOM analysts described the sizeable cadre of protesting analysts as a “revolt” by intelligence professionals who are paid to give their honest assessment, based on facts, and not to be influenced by national-level policy. The analysts have accused senior-level leaders, including the director of intelligence and his deputy in CENTCOM, of changing their analyses to be more in line with the Obama administration’s public contention that the fight against ISIS and al Qaeda is making progress. The analysts take a more pessimistic view about how military efforts to destroy the groups are going.
The large number of analysts who complained to the Pentagon inspector general hasn’t been previously reported. Some of them are assigned to work at CENTCOM, the U.S. military’s command for the Middle East and Central Asia, but are officially employed by the Defense Intelligence Agency.
The complaints allege that in some cases key elements of intelligence reports were removed, resulting in a document that didn’t accurately capture the analysts’ conclusions, sources familiar with the protest said. But the complaint also goes beyond alleged altering of reports and accuses some senior leaders at CENTCOM of creating an unprofessional work environment. One person who knows the contents of the written complaint sent to the inspector general said it used the word “Stalinist” to describe the tone set by officials overseeing CENTCOM’s analysis.
Many described a climate in which analysts felt they could not give a candid assessment of the situation in Iraq and Syria. Some felt it was a product of commanders protecting their career advancement by putting the best spin on the war.
Some reports crafted by the analysts that were too negative in their assessment of the war were sent back the chain of the command or not shared up the chain, several analysts said. Still others, feeling the climate around them, self-censored so their reports affirmed already-held beliefs.

Yet another example of incredible stupidity by Barack Obama and his laughably named "national security" team. Jazz Shaw:


This will no doubt come as shocking news… to Barack Obama and his press secretary.
A new report claims that scores of intelligence analysts (read: spies) have begun talking out of school and are complaining that their reports on major terror groups have been “inappropriately altered” to paint a brighter picture before being passed on to the President and other leaders. Who could have possibly suspected that this was going on? (Well, aside from everyone else, I suppose.) Either way, the details are troubling.
[...]
Plenty of independent journalists on the international beat have been, shall we say, a bit skeptical about the sunny reports we were hearing in the fall and winter of 2014. Our airstrikes were definitely doing some damage and occasionally taking out some leaders, but without hard intel data it was tough to document. Still, how many hints did we really need? [...]
If we were anywhere near having ISIS under control the world wouldn’t be dealing with the worst refugee crisis since World War 2 right now. That’s not to say the fight is over, but perhaps the Leader of the Free World should be getting some slightly less filtered information. Of course, that’s assuming that he really wants to hear it.

And he does not. Because he would then have to acknowledge that the crisis is his doing:

The worst European refugee crisis since the end of World War II is taking place before our eyes.  The news on television is filled with horrible images, but the one most shocking and symbolic of what is going on is that of a three-year-old Syrian boy who washed up on a Turkish beach. Europe, with its fluid borders, is woefully unprepared to deal with the situation.  In Germany, Angela Merkel has agreed to open the gates, and says that Germany will let in 800,000 asylum seekers this year alone. Austria says that it too will allow some in. Hungry tried refusing to allow refugees to board trains to reach these destinations, but had to reverse its policy.

While many foreign leaders have spoken out, there is one who has said not a word. That leader, as you most probably can guess, is Barack Obama. And how could he? His policies, after all, have ended in this tragedy. It is, as Michael Gerson writes in a powerful Washington Post column, the result of his failure in Syria.

Obama said a “red line” in Syria could not be crossed; then Bashar Al-Assad crossed it—and nothing happened except for temporarily harsher rhetoric from the president. Now, Assad drops barrel bombs on his own people, filled with supposedly outlawed chemical weapons. Obama, of course, had plenty of measures which he could have ordered that would have stopped or limited Assad’s war on his own people.  Instead, he ignored the advice of Secretary of State Hillary Clinton, Secretary of Defense Leon Panetta and CIA chief Gen. David Petraeus, who favored using screened moderate forces of the Sunni majority willing to fight and supplying them with shoulder-to-air missiles that would have brought down the helicopters Assad uses to carry out the bombings.  Instead, he did nothing.

The reason is simple. Obama apparently believes that the way to achieve stability in the Middle East is to move towards an alliance with Iran. Achieving a nuclear deal with the terrorist state was paramount and the president did not want anything to interfere with it. Attacking Assad, who is backed by Iran, might upset Ayatollah Khamenei and hence kill the deal.  So all we got from Obama were toothless statements that Assad had to go and that he should “step aside,” which Mr. Assad ignored without any consequences.


To get this deal -- easily the stupidest foreign policy initiative in my lifetime and the most disastrous Western initiative in Iran since at least Marcus Crassus' invasion of Parthia in 56 BC (in which he decided to invade a land famous for its horse archers with an immense army of little more than heavy infantry) -- Obama had to get Russia on board with sanctions. Vlad Putin's Russia -- the same people selling the mullahs SA-300 missile systems to defend their nuclear sites. So he had to do things to make nice to Vlad Putin -- like pull our missile defense out of Poland and not stand up for Ukraine. So now Putin has invaded Ukraine and is threatening to invade Poland, the Baltic republics, and Moldova to re-establish the Russian Empire. Lord knows what Obama promised to give China to get them on board.
So, to get this deal that screws the US and empowers the evil, barbaric Iranian mullahs who believe in imposing shari'a law, Obama was willing to sacrifice not just the people of the United States and Israel, but of Poland, Ukraine, Lithuania, Latvia, Estonia, and Moldova. Not to mention the Middle Eastern states the mullahs have in their sights: Saudi Arabia, Lebanon, Kuwait, Qatar, the United Arab Emirates, and Oman, countries that will now have to get nuclear weapons of their own to protect themselves against the Iranian mullahs.
All of these people sacrificed at the altar of Blame America First. All of it -- all of it -- just so Obama and Kerry could blame America first just one more time.


Although contra the Daily Beast, this situation is not particularly like what happened in 2003. What happened in 2003 was, essentially, that George W. Bush decided to take no chances in trusting the good intentions of an uncontrollable dictator. What’s happening now is that the military cadre that interacts with the Executive Branch is too ready to tell the Executive Branch what it wants to hear, and the Executive Branch is collectively too arrogant – or just too stupid – to realize that this is happening.
The cure?  Go out and vote next year. And for the love of God, don’t vote in a way that elects another Democrat.  There’s wet rot in that party’s support beams at this point**.
*Barack Obama is proving to be a quite useful baseline at what blithering incompetence at foreign affairs actually looks like. I mean. Slave markets. Sacrificial altars. We were supposed to be past that sort of thing.
**No, the Republicans are not as bad. Slave markets. Sacrificial altars. Take. This. Seriously. 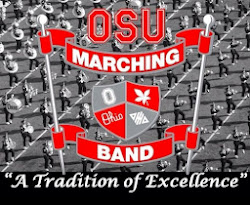 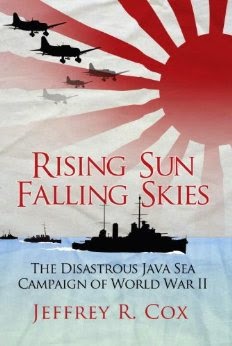